Defendant Sitting In The Juror’s Box

So here I sit, desiring to make a meaningful change in my life–something that is almost always preceded by changing what I eat. But desire may be too strong a word, it’s more like I’m wishing I could change, which is a much weaker thing than white hot need.

Which I guess is why I am sitting, and not dragging my mass up the trail I told myself just yesterday I would climb every day–no matter what. Instead I opted for a blueberry muffin and coffee from a new Patisserie I’m fond of…

Please don’t think I’m taking any of this lightly, or that I think my being overweight and unhealthy is farce. I don’t. My sometimes ridiculously high blood pressure, my compromised aerobic capacity that must rate somewhere near a ninety year old asthmatic’s, and my low opinion of my mirror self are of genuine concern to me. And those are the surface items, the easily identifiable. I also fear the unseen, perhaps lurking abnormalities within…

Could I develop cancer? Are my aching kidneys truly on the fritz? Is my liver more bourbon than bile? In my barrel of a chest doth there beat a strong and lasting heart, or a clump of over-fat but underfed tissue? Are the migraines I get several times a week just a food allergy or isolated disorder, or part of some more pressing evil? 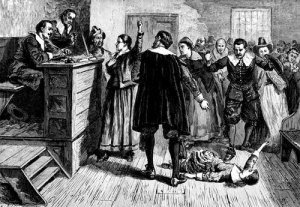 I think many of us live with these unsettling questions. Too many cigarettes. The rebuke of hangovers. The disgusting discomfort of a bloated gut. The miracle body left dusty on its shelf…

But What Can Be Done?

As a good friend of mine recently asked, “But what can be done?” I joked in yesterday’s post about feeling like a twelve-stepper, but powerlessness really does factor in. Why do we feel so unable to control what we eat and drink. What supernatural power blocks us from using our bodies in a way that gets the blood pumping and adds years?

My opinion is that we underestimate how toxic our worlds are. Madonna lived in a material one, I inhabit a chemical one. Radiation, fumigation, pesticides, additives, preservatives, hormones, antibiotics, inhibitors, stimulants, depressants, EMF’s, polluted air and water, negative people, too much noise, too much of all of it. We try and live on foods that can barely be labeled such. Even when we do include some fruit or veggies they are mostly devoid of minerals and nutrients because the soil they grow in is ill-prepared and chemicals are substituted for care.

The problem is a complex one. The solution however may be ridiculously simple…

If there is one topic I hate reading about, it’s my own responsibility. But in a world like ours, it’s the only answer. Say what?

Humans have always blamed Mussolini’s, Monsanto’s, and Madoff’s for their own woe’s. Another favorite is one’s parents, bed-mate, or children. I’m the first to admit that both government and religion suck big time and do a whole lot of wrong, but I believe their blame only extends so far…

Years ago, when self-help titles occupied most of the best seller slots, I read a chapter on personal (and I mean deeply) responsibility that has never left me. I don’t remember who wrote it, or which of the multitude of saccharine self-pedaling books it was in, but it floored me. The gist was that the only way to change your world for the better was to unfailingly, 100%, take absolute responsibility for every last fucking thing about your life.

It may seem like I am trivializing, but for me the message still resonates. And while I know that it’s relevant to ask “What should I eat?”, or “How can I change?”, I also know that those questions are truly secondary. First is a refusal to blame anything or anyone else for where you are right this very second. And as harsh as it sounds that includes the man who left you stranded, the drunk who put you in a hospital bed for painful months, the mother who undermined your every move, the corporation that knowingly poisons you, and the guy who stole your TV.

Why Blame Is Lame

Let’s be clear. It’s not that they aren’t to blame. It’s that blaming them takes away whatever power you have left! Resolving that you will walk through life 110% responsible for every action or inaction you take makes you extremely powerful. Power FULL, in the driver’s seat, able to act as you wish. 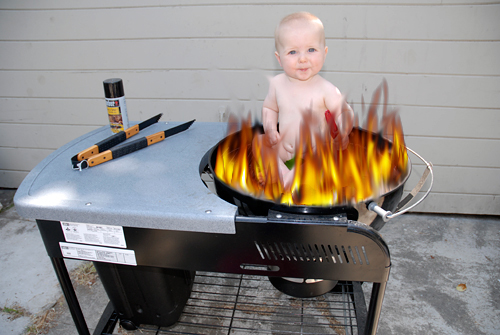 You Are What You Eat When You Eat Your Kid

This is a topic that could and should be explored more deeply, but I share this much for now because it popped in my head as an answer to my own lamentations…

Son of a traveling salesman who infected me early with gypsy wanderlust and the urge to move somewhere new every couple years to try on new identities. All my fantasies are escapist and in them I am free to never have to call anyplace home.

4 thoughts on “Mussolini, Monsanto, and Madoff”